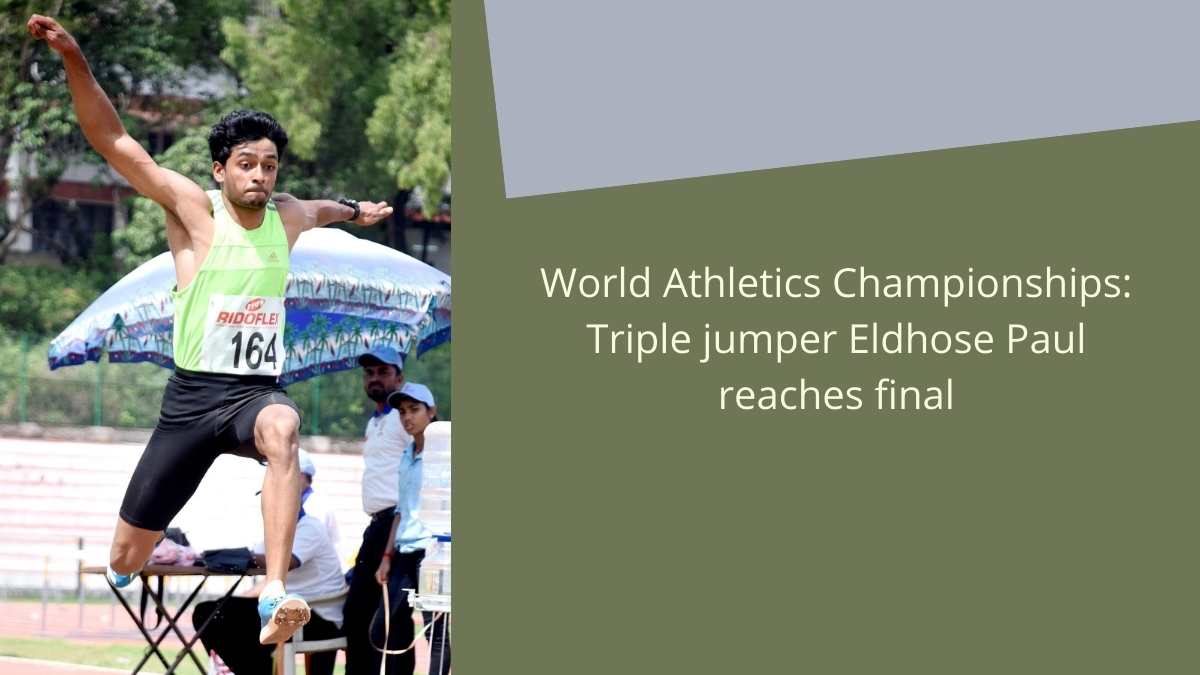 Paul finished 6th in the Group A qualification round and 12th overall to make it to the Sunday’s final (6:50 am IST). Paul has a season’s and personal best of 16.99m which he had recorded while conquering gold in the Federation Cup in April.

Eldhose Paul has fought hardships and rejections, obtaining various motivations that helped him become the first Indian to reach the triple jump final at the World Athletics Championships with an attempt of 16.68m on Tuesday.

Just 4 days before the World Athletics Championships, Paul was still rushing around in New Delhi to complete his visa formalities.

The 2 other Indians, Abdulla Aboobacker and Praveen Chithravel could not make it to the finals after best jumps of 16.45m and 16.49m respectively. Praveen completed 8 in Group A and 17th overall, while Abdulla finished in 10th in Group B and 19th overall. Those who cleared 17.05m or the 12 best players across 2 qualification round groups were able to make it the finals.

Leicester ground in England to be named after Sunil Gavaskar