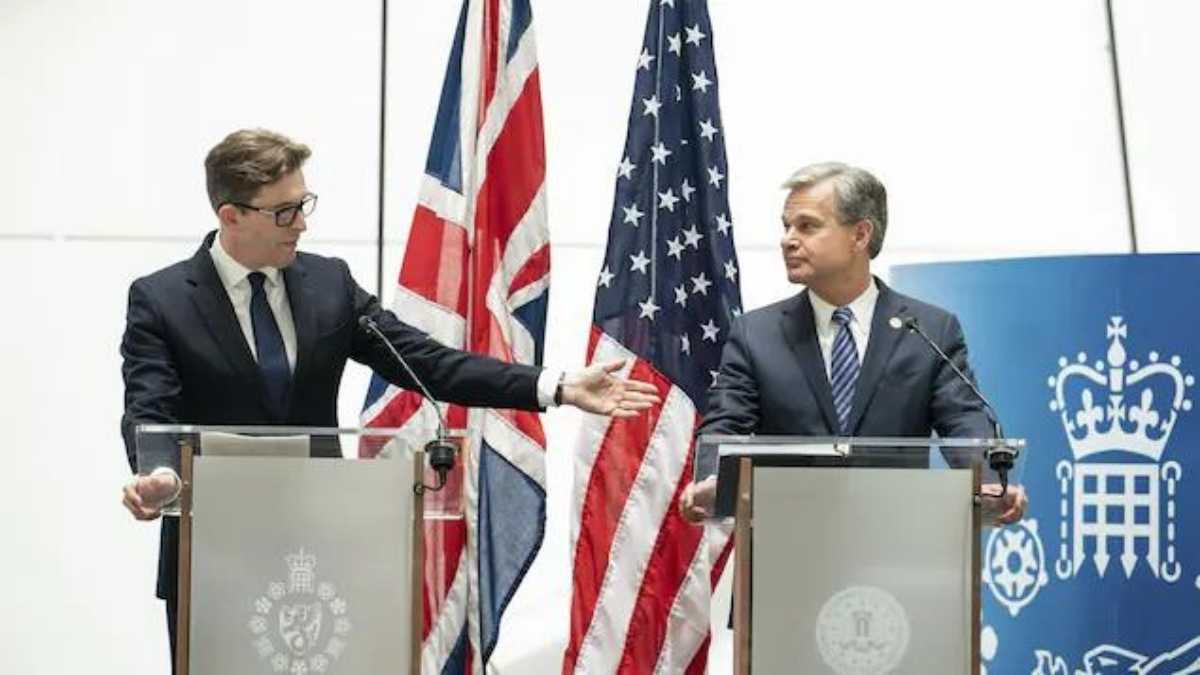 The heads of the MI5 and the US Federal Bureau of Investigation mutually notified about forthcoming threats by the Chinese government’s global espionage campaign.

FBI Director Christopher Wray and MI5 Director General Ken McCallum in a joint press conference held at MI5 headquarters in London informed about all the Chinese efforts set on stealing all the western technology.

Wray said, “The Chinese government is set on stealing your technology — whatever it is that makes your industry tick — and using it to undercut your business and dominate your market”.

Wray also added, “Maintaining a technological edge may do more to increase a company’s value than would partnering with a Chinese company to sell into that huge Chinese market, only to find the Chinese government and your partner stealing and copying your innovation”.

The two claimed that the Chinese government is involved in a “coordinated campaign” to acquire access to major technology, and to “cheat and steal on a massive scale.”

Christopher said China was their biggest long-term threat to economic and national security.

McCallum said that this was the first time the heads of the FBI and MI5 have shared a public platform.

“We’re doing so to send the clearest signal we can on a massive shared challenge: China,” McCallum said.

He blamed China for the deployment of cyber espionage to “cheat and steal on a massive scale”.

Wray said the Chinese government had directly hindered a congressional election in New York this spring.

A spokesperson for China’s embassy in Washington, DC, refused the claims.

The spokesperson said, China “firmly opposes and combats all forms of cyber-attacks” and “will never encourage, support or condone”.

Zhao Lijian, spokesperson of China Foreign Ministry said that MI5 was trying to “hype up the China threat theory” and advised the head of MI5 to “cast away imagined demons”.

This could be your hair care routine