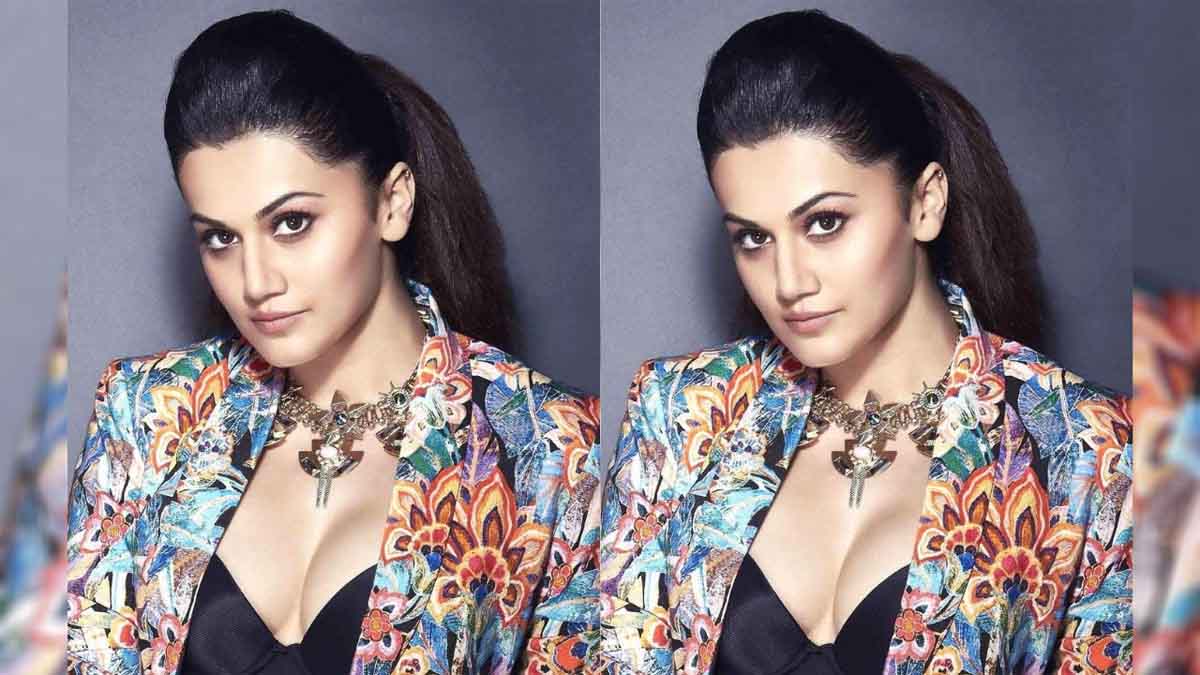 History repeated itself when controversy queen Kangana Ranaut in a tweet targeted her contemporary Taapsee Pannu. Both actresses have indulged in a battle of words against each other in the past and haven’t exactly been in each other’s good books

Ranaut recently launched a fresh attack at Taapsee by calling her a ‘Chaploos’ in a tweet. Kangana’s team recently  a tweet wrote that Taapsee is a supporter of the ‘movie mafia’ and wants to ‘derail’ the ‘movement’ started by Kangana.

While responding to a tweet with  screengrabs of news stories consisting of Taapsee speaking about the nepotism debate, Kangana’s team wrote, “Many chaploos outsiders consistently try to derail d movements started by Kangana,dey want to b in movie mafia good books, dey gt movies & awards fr attacking Kangana & dey take part in open harassment f a woman,shame on u @taapsee u reap the fruits f hr struggles bt gang up on hr.”

Taapsee without taking any names slammed back two hours later by tweeting quotes about ‘bitter people’. In her tweet she wrote, “A couple of things have followed in my life , especially the last few months. Really helped in seeing life in a better light. Brought me a lot of peace n perspective so sharing it.”

One of the quotes shared by Taapsee reads, “Bitter people. God loves them and so should we. Pray for them. They will find something negative to say about anything positive. They can’t be happy for you because they are disgusted with themselves. Don’t become bitter with them, become better and pray for their growth and maturity.”

For the unversed a year ago Taapsee and Kangana were involved in an intense internet feud. It started when Taapsee in a tweet appreciated Ekta Kapoor for Judgemental Hai Kya but forgot to mention Kangana Ranaut. Kangana’s sister Rangoli was quick to point this out and even went on to hint that Taapsee is Kangana’s copycat. Pannu responded to this with her own witty jibes.What started with  a tweet turned into a never ending back and forth of words splashed across the gossip tabloids.