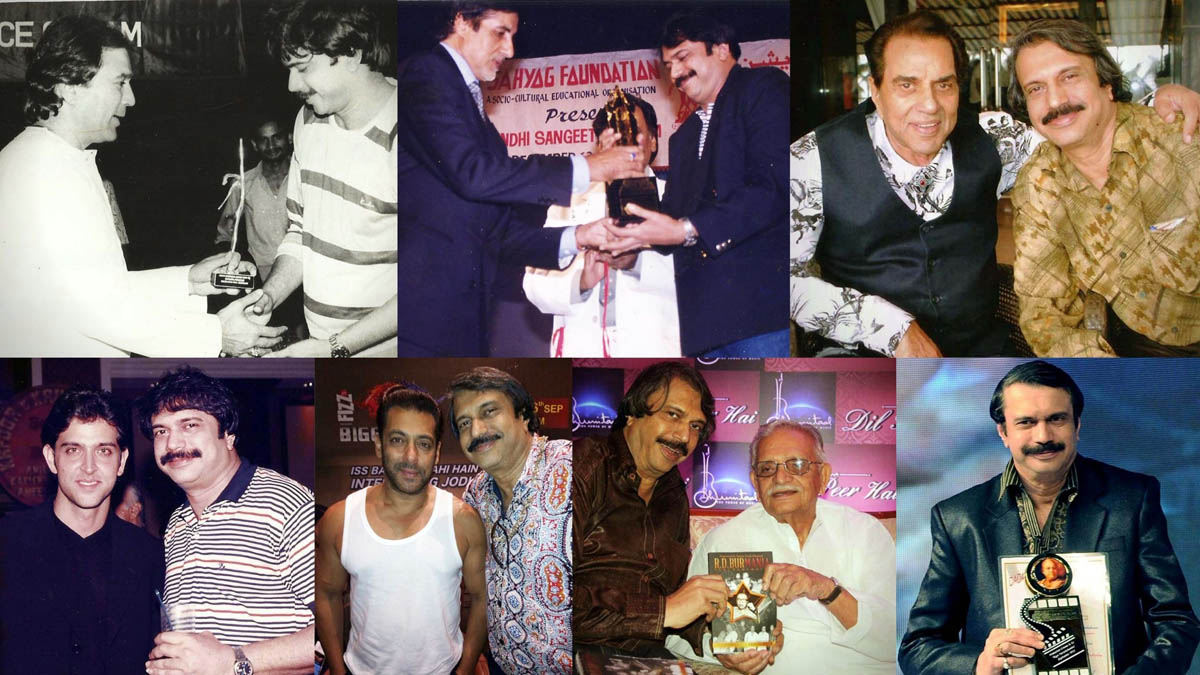 Two decades before Bollywood megastar Deepika Padukone made her dramatic Bollywood acting debut, there was already yet another Padukone — eminent senior film journalist and columnist Chaitanya Padukone who was already making an impact in the print-media by winning laurels and accolades for his brilliant newsy acumen and creative writing calibre.

The latest gem to his career crown is this honour from the online annual Mumbai Achievers Award 2020 founded by Ahsaan Rehan, bearing the citation ‘Certificate of Excellence’ for ‘outstanding contribution to film journalism backed by absolute dedication and professionalism’. This online event has the formal best wishes of the Hon’ble Maharashtra State Governor Shri B.S.Koshyari.

Reacts Chaitanya, “This award carries extra significance for me because the awardees also include Sonu Sood who has been awarded for his meticulous efforts in helping distressed migrants during the pandemic.”

With a large number of filmy breaking news scoops to his credit in the past, Chaitanya is the recipient of the prestigious K.A.Abbas Memorial Gold Medal and Trophy, which was conferred on him for excellence in film journalism by megastar Amitabh Bachchan. More recently, he was honoured with the prestigious Dadasaheb Phalke Academy Award in the presence of icons like Dilip Kumar and Amitabh Bachchan and other top Bollywood luminaries for his outstanding contribution to showbiz journalism.

Interestingly, altruistic-by-nature Chaitanya has this commendable (perhaps unique) distinction of being honoured with coveted film journalism awards by both Bollywood superstars Rajesh Khanna and as well as Amitabh Bachchan. In the past, Chaitanya has been known for his widely-read colorful columns for leading Mumbai-centric daily newspapers like Mid-Day (for over 18 years), DNA After Hrs and Afternoon Dispatch & Courier.

Listed in the Limca Book of National Records for maximum number of awards for film journalism, during a given span period from different reputed organizations, rhythm-savvy Chaitanya opted to make his literary debut in 2016 as an author by penning his popular memoirs bestseller book titled R.D.BurMania on legendary Bollywood composer-singer R.D.Burman (Panchamda), with whom he shared a personal rapport for ten years.

The unassuming Chaitanya who has to his past career credit, first-ever exclusive interviews of a galaxy of top Bollywood stars when they were absolute newcomers, was appointed on the Advisory Jury Panel for the Indo-American Young Achievers’ Awards for three consecutive years. For the past three years, multi-faceted Chaitanya has been appointed by the I&B Ministry, Delhi, as an active Member on the Advisory Panel of the Film Censor Board, CBFC, Mumbai.